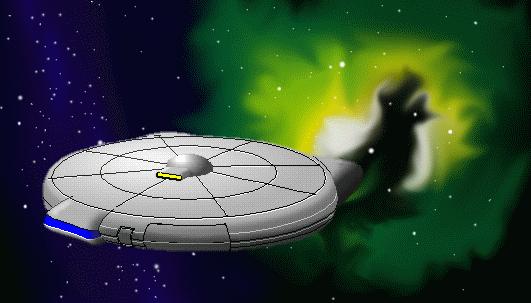 The Interstel I-1102 was a ubiquitous design throughout the Solomani Confederation and adjoining areas, serving much the same purpose as the Imperial Type S Scout/Courier. The I-1102 is an evolutionary design, building on the TL-13 I-1101 and the TL-12 I-1100. The current version of the venerable Solomani Scout entered service shortly after the Solomani Patriotic War (Solomani Rim War), gradually replacing the I-1101 in active service over the next century. The craft is also popular with private organisations, particularly corporations seeking an inexpensive courier / executive transport.

The I-1102 was produced in huge numbers by the Solomani Confederation, and saw extensive service during the Retribution War (2nd Rim War / Solomani Invasion) from 1117. This ship, and the 'Victrix' class multipurpose sloop are by far the most common relic ships to be found in the New Era, the sheer numbers produced ensuring the survival of some ships following the Collapse.

The Near Bootes Commonwealth operates a number of these craft - their high tech communications and sensor equipment are prized by planetary and Commonwealth organisations alike. The Solomani Scout is the vessel most likely to be encountered beyond the Commonwealth's borders, operated by the CEF.

Stauffenburg und Warne, a small shipbuilder on Aquitaine, plans to restart production of the I-1102, using TL-12 equipment where needed. The first example was laid down on 057-1102, and is expected to be completed by year's end.

Variations on this design are too numerous to describe. One ofthe more unusual modifications is the I-1102/D 'phin Scout, designed for use by dolphin crews. Partitions seperating areas 4, 5 and 6 are removed, resulting in the large open living and working space preferred by 'phins. Grav compensators are turned off in flight, or adjusted to provide 'free fall' conditions when on a planet's surface. The on-board environmental systems are set to provide warm, extremely humid air.

The Belter Scout is similar to the 'Seeker' variation on the Imperial Type S. The port staterooms are removed, as is the port walkway. The reclaimed space is used as an extended cargo bay, used to hold ores.

1) Bridge
The small bridge area looks out through a extended cockpit over the front of the ship. Four bridge workstations are present, each of which can be dynamically reconfigured to fill any functions performed on the other three. Normally, the two front workstations are manned by the maneuver and sensor officers, with the jump and comms officers filling out the bridge crew complement. In many cases, one crewmember will perform more than one function, leaving workstations available for mission specialist personnel. The bridge, although small, is comfortable. The area is usually carpeted, and the high backed workstation chairs are traditionally upholstered with geniune leather. Lockers set into the walls hold emergency escape kits. Entry to the bridge is gained from two points: a secured iris valve set into the wall of the airlock, or through a sliding door leading to the electronics compartments and engineering room.
2) Computer Enclosure
A locked and secured door prevents casual access to the computer enclosure ('the closet'). Access is controlled from the bridge, although an emergency key is also held by the ship's commanding officer. Three TL-14 Model Fb CPU's are housed in here.
3) Electronics Enclosure
The bulk of the ship's sensor and communications electronics are housed in the 'radio shack'. Once again, access is only possible via bridge control or emergency key.
4) Double-occupancy staterooms
Each stateroom contains two beds, storage space and a fresher, as well as a fold-down desk with integral computer access. The staterooms are comfortably (if not opulently) decorated (carpeting, programable wall displays) and furnished. Plants are popular additions. The ship's extensive audio, video and holographic library can be accessed from each of these rooms.
5) Single-occupancy staterooms
These staterooms are much like their single-occupancy counterparts. The major differences are the lack of a second bed (a single queen-sized bed is present), larger desk/work area and the addition of a couch and fridge/minibar. The starboard rear stateroom is normally the captain's cabin - it contains a wall safe behind one of the wall holograms. The safe can be keyed for key, voice, palm, iris or combination locking. The two port staterooms can be designated passenger staterooms if necessary - they can be isolated using the ship's security software.
6) Lounge / turret access
This area is normally used as a crew/passenger lounge, living area and gymnasium (gym equipment is stored next to the forward port stateroom). As with the rest of the ship, it is carpeted and decorated with plant life and wall displays. Electronics under the floor allows the display of large holographic images in the centre of the room - useful for briefings. An retractable ladder leads upward to the ship's turret. At the rear of the room are two iris valves (secured) leading to the engineering area. The forward end of the room ends in a corridor leading to the cargo bay and airlock.
7), 8), 9) Engineering
The engineering space houses the power plant, maneuver drive ignition systems and the jump field generator. The floor is made from metal grill panels, coated with PTFE to reduce conductivity and provide a 'non-slip' surface. The panels are removable, allowing access to those parts of the engineering systems located underneath the deck). The engineer's workstation is located near the power plant, and is fully reconfigurable. On the port side of the area, a sliding door allows access to the port walkway leading to the cargo bay. The starboard walkway leads to the bridge, as well as providing access to the electronics and computer enclosures.
10) Cargo Bay
The cargo bay will hold up to 63 m^3 (4.5 displacement tons). Most of this space is normally taken up by a 3t air/raft. The cargo bay is isolated from the rest of the ship by two secured iris valves, allowing the area to be depressurised when necessary. A small cargo hatch allows access to the bay from outside the ship.

Return to the Ship Yards


Writen by Michael Bailey
Layout and illustrations by Chris Cox A.K.A. chriscox@ix.netcom.com
Copyright© 1995 by Micheal Bailey and Lawrence C. Cox